This year’s Flemming Bligaard Award goes to Anne Lyck Smitshuysen, Technical University of Denmark, to support her in solving a decades-old riddle that will lead to cheaper production of green hydrogen.

Master of Science, Physics and Nanotechnology, 2021 Technical University of Denmark

Bachelor of Science, Physics and Nanotechnology, 2018 Technical University of Denmark

Green hydrogen is widely regarded as a leading alternative to fossil fuels, but price remains a major barrier. Hydrogen is three times more expensive than fossil fuels and is first expected to be cost-competitive by 2030. That’s a major brake on the transition to low-carbon energy at a time when acceleration is urgently needed.

On 10 December, Anne won the 2021 Flemming Bligaard Award and a cash prize of EUR 67,000 for demonstrating how to increase the size of the cells used to produce green hydrogen, thereby cutting total costs by as much as 15%.

Anne Lyck Smitshuysen and her research

Robert Arpe, chairman of the Ramboll Foundation, expects the innovation to accelerate the green energy transition on a global scale:

Green hydrogen is produced through a process known as electrolysis. Electrolysis occurs when the cells in an electrolyser are activated by an electrical current and split water molecules into their constituent parts – oxygen and hydrogen.

Because the cells are thin and delicate, they often curl at the edges during production when they are heated to 1,300°C, rendering them unusable. This is why Smitshuysen’s solution, which she developed while she was on maternity leave, is so innovative.

“I realised that by using a 3D-printed cast to mould the cells in a way that corresponds to the shrinkage caused by the heating process, the size of the cells could be increased by 500 percent,” she explains.

Speeding up deployment of Power-to-X

The European Union expects green hydrogen to meet 24% of global energy demands by 2050, but the sooner the technology reaches scale, the larger impact it will have on total emissions reductions.

According to Søren Højgaard Jensen, CEO of the electrolyser startup DynElectro where Anne Lyck Smitshuysen is currently working on her PhD, her breakthrough may accelerate Power-to-X production by as much as 15 years. 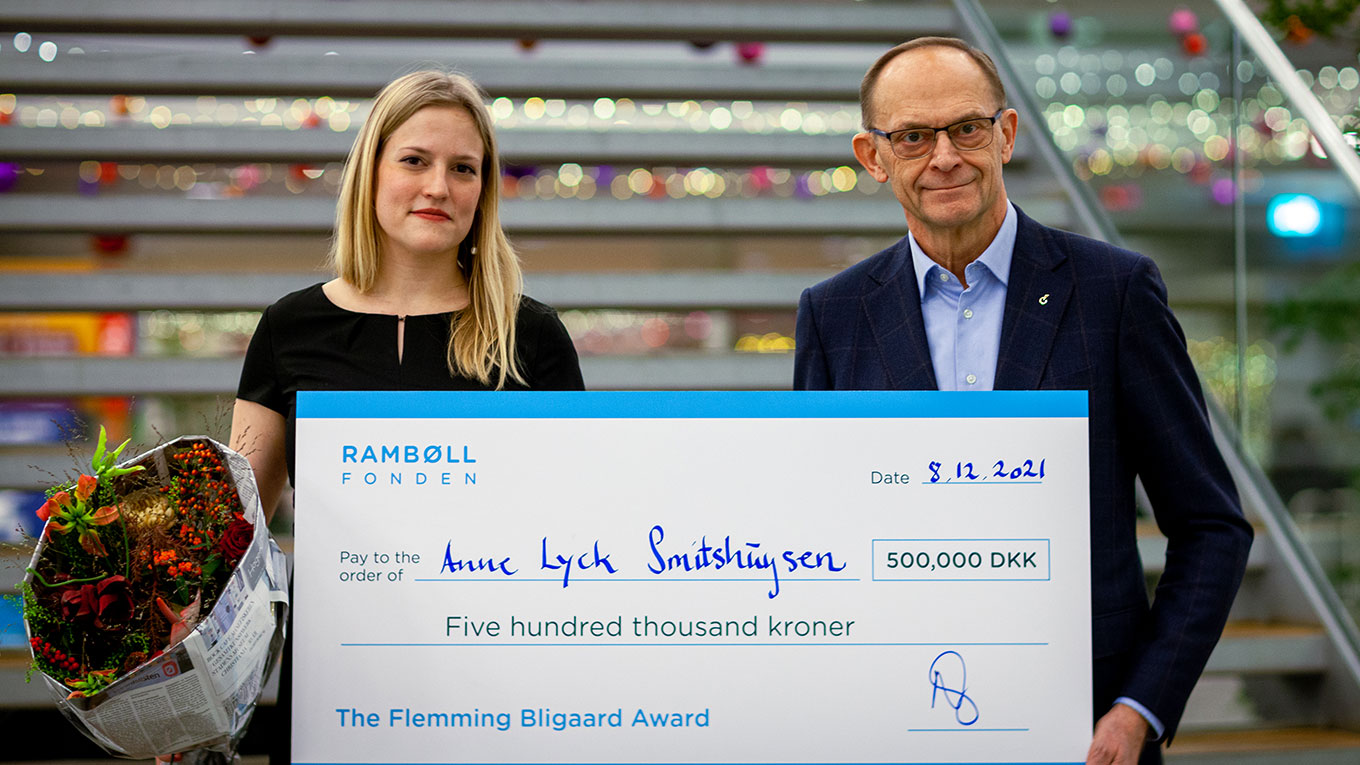