Johan Georg Hannemann was the mastermind behind... 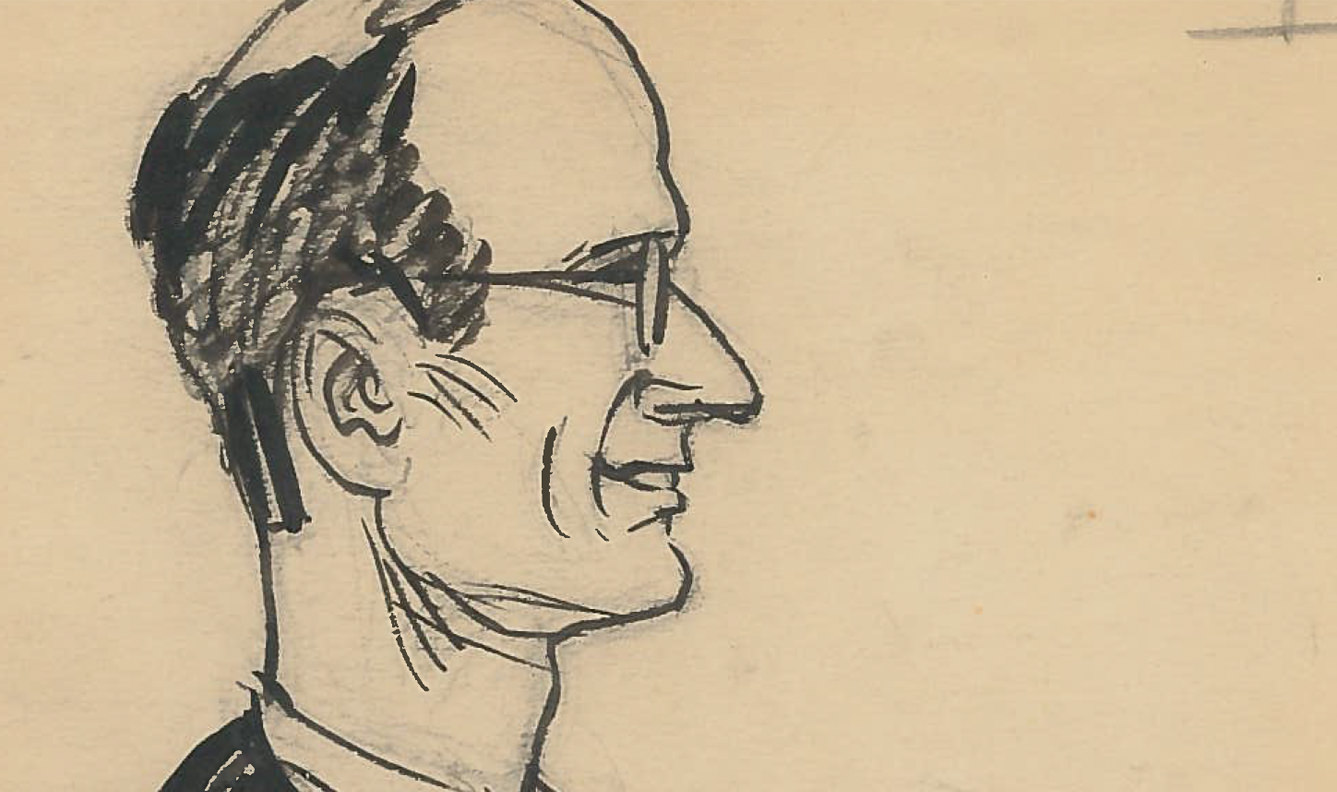 Johan Georg Hannemann was the mastermind behind the technical innovations that put Ramboll & Hannemann on the global map. He had a head for numbers and constructions. And above all he had a head for steel. Not only did he cleverly work with the qualities of steel to invent ground-breaking constructions; in some respects he even incarnated the qualities of steel himself. He was a man of strong opinions; he always spoke his mind and he expected the same of his employees. He did now bow to challenges of neither professional nor personal nature. Even when he was infected with polio during his studies he insisted on not being pitied, and despite being bound to crutches for the rest of his life, he continued to travel and search for new adventures that sometimes put his physical capabilities to the test.

"I prefer to express my opinions clearly and that other people do
the same."

In 1944, Johan Hannemann became an associate professor in civil engineering at the Technical University of Denmark, and four years later, in 1948, he was appointed professor. He held this position until 1975. Johan Hannemann was known as a very competent engineer amongst his colleagues and costumers, and his talent was manifested once and for all to the world when Johan Hannemann in 1978 received the European Steel prize for his invention of the round bar steel mast, and again the year after when he received the Danish steel prize for a roof bar construction above City 2 in Taastrup, Denmark.

Perhaps his technical originality was partly due to a slight dyslexia which often drew him to try to solve problems on his own instead of spelling out readymade solutions. This inventive approach to problem solving was also apparent in his responsiveness to the ideas of his colleagues. He was valued by his employees as a boss who listened and who sat down next to them by the drawing desk and worked alongside them whenever they needed guidance.

But even though Johan Hannemann was an engineer by heart and loved digging into the smallest technical details, he was also interested in more humanistic and abstract subjects such as philosophy and religion.

"It is essential that the technician has a wider horizon than the purely technical; the technical value of a creation is its use value, but an engineer’s background must be versatile for him to yield the right solution. It is of great importance that people develop skills within areas that are not directly connected to their profession"

As a follower of the Martinus movement, Johan Hannemann put great emphasis on treating the surrounding nature and fellow human beings with dignity and respect. He was careful to balance technical considerations with considerations for nature, and he lived as a vegetarian as he could not bear to think of animals being killed for the purpose of consumption

“The human sensitivity and the resulting humane interest are developing fast in these years. Just as you cannot continue to live in poisoned surroundings caused by a physical contamination for very long, you cannot thrive in the mental poisoning that wars, repression, discrimination, violence, hunger and misery are expressions of and for which we all share a responsibility”.

Today, Ramboll employees working at the Ramboll head office get to park their cars on Hannemann’s Allé every day when arriving at work. The name of the street is a constant reminder of Ramboll’s legacy from Johan Hannemann, which is also mirrored in the company’s strong professional profile, the belief in honest dialogue as a precondition for creating the best results, and in an experimental and open approach to problem solving. 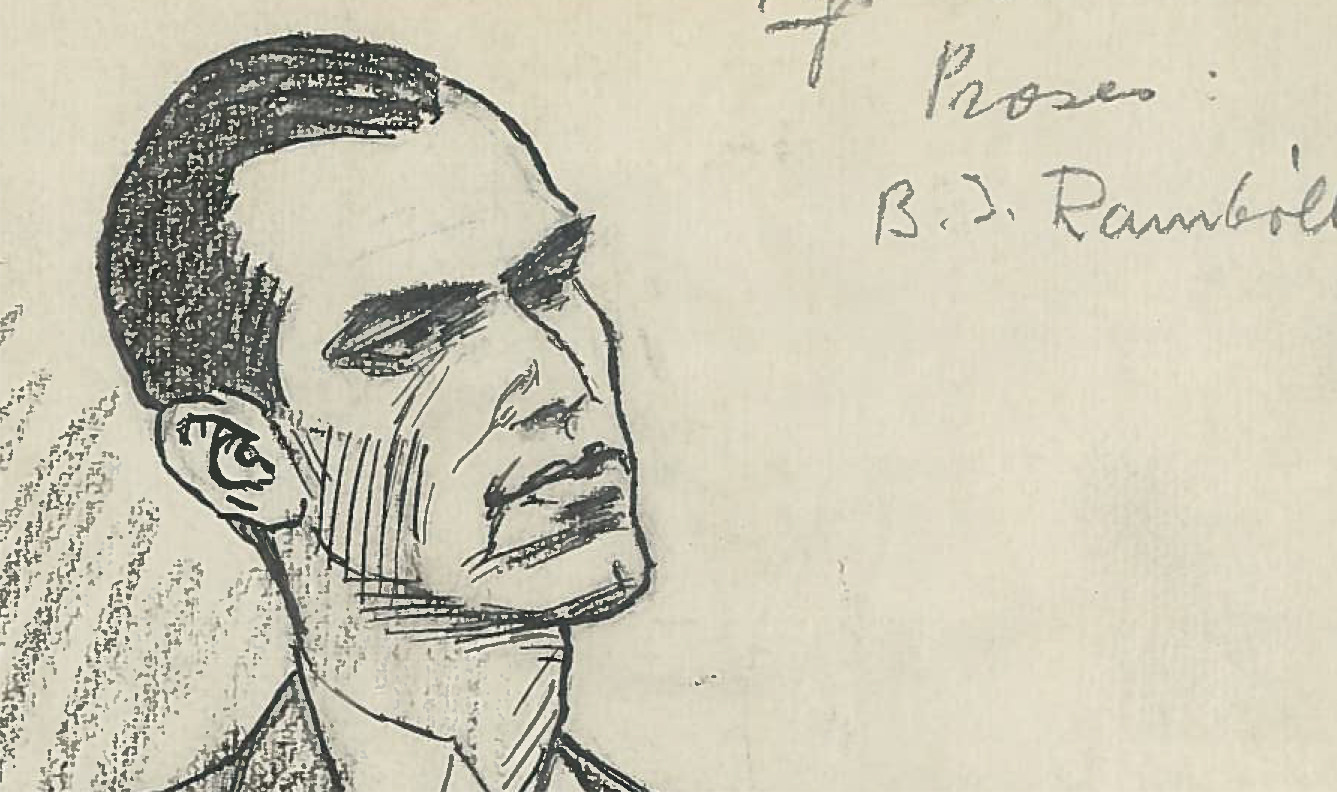 "It must be right to set up a goal even if you don’t succeed in netting the ball every time."

This was a favourite saying of Børge Johannes Rambøll, one of the two founders of Ramboll & Hannemann. The quote testifies to a person who held honesty and compassion as a top priority and who thought moral principles and long term visions were more important than the present figures on the bottom line.

In 1944, Børge Rambøll was hired to work at engineer Anker Engelund’s drawing office while he was also teaching a class at the Technical University of Denmark as an associate professor.

Young and filled with optimism after the end of the war, Børge Rambøll and Johan Hannemann decided to print a stack of business cards with the inscription “Ramboll & Hannemann. Consulting engineers”.

Back then in 1945, the company solely consisted of the two partners. Børge Rambøll, the visionary with the great leadership skills and multi-faceted projects, and Johan Hannemann, the talented constructor who could draw precise models and had a flair for numbers.

Amongst colleagues, Børge Rambøll was renowned as a person who achieved more than what the 24 hours a day allows most people to do. While establishing Ramboll & Hannemann, in 1948, he was appointed professor at the Technical University of Denmark where he taught a class in the morning before turning to the company’s projects in the afternoon.  The evenings, from 8pm to midnight, were usually spent writing. That resulted in 35 books during his lifetime; books about technical methodologies and apparatuses as well as poetry collections and other literary and philosophical publications.

"Every human being has a lot of energy stacked up in the brain, the heart and the body. You need to figure out yourself how to release that energy. I have been driven by activities that I find fun and exciting. I have never pressured myself into doing anything I didn’t want to do."
Børge Johannes Rambøll
Professor Dr. Tech., Founder

Despite a tight schedule and a fast growing company, the door to Børge Rambøll’s office was always open. The employees’ happiness was of primary importance. “Nobody will ever have to announce themselves to a secretary before entering my office. That will never happen”, he proclaimed.

Børge Rambøll’s philosophy was that when the employees were happy the rest would naturally follow – that being profit, happy costumers and challenging projects. The main concern was to make sure that all employees were treated with respect and as equals. The piccolo should be able to speak his mind to the CEO and everybody, regardless their title or position, should be treated as an integrated part of the Ramboll & Hannemann family.

And it was not only the closest employees that deserved respect: Nature and society in general were to be handled with utmost care and consideration. For that reason, Børge Rambøll and Johan Hannemann from the very beginning declined taking on projects with political implications that were not in line with their beliefs, including working for the military, the abattoir and the commercial animal breeding industry.

“We don’t like war very much, so we won’t accept jobs from the military. We will not take a stand regarding the point of having a national defence, but we just want to state that we don’t want to make money being involved in it. End of story”.

In 1959, after serving 12 years as a professor at the Technical University of Denmark, Børge Rambøll quit his profession at the university and devoted his time completely to Ramboll & Hannemann where he was mainly in charge of management related tasks.
Until the very last days of his life, Børge Rambøll continued to come by the office on a daily basis. He would sit in his office and work on his scrips and oversee that the original Ramboll & Hannemann spirit was still living amongst the management and employees. The Ramboll philosophy, which was put into writing by Børge Rambøll himself in 1986, is still a cornerstone of the company’s identity and work today.

The evenings, from 8pm to midnight, were usually spent writing. That resulted in 35 books during his lifetime; books about technical methodologies and apparatuses as well as poetry collections and other literary and philosophical publications.

An interview with Børge Rambøll

Read more about Ramboll's history in our Timeline. 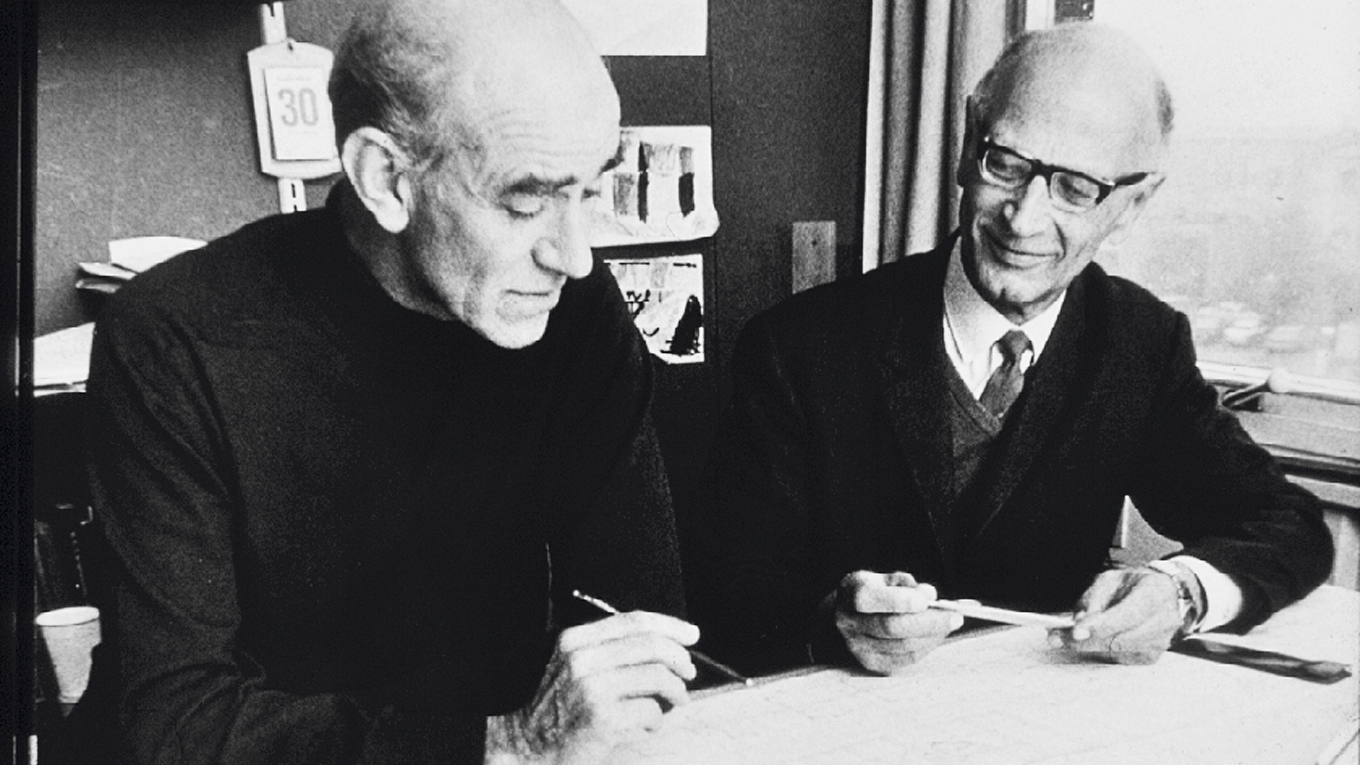